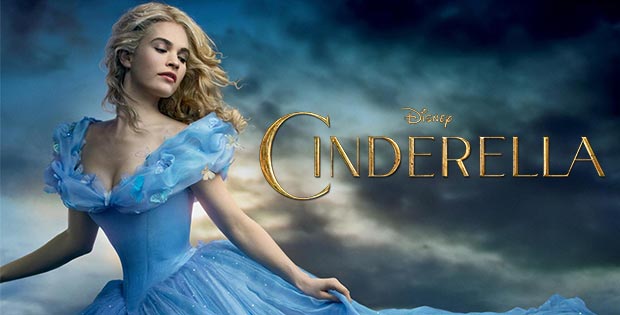 Where there is kindness there’s goodness.
And where goodness is, there’s magic…
(Cinderella, 2015)

Walt Disney has returned in 2015 with the live-action fantasy of “Cinderella”. This time the famous fairytale is told by real people. The story is directed by  Kenneth Branagh from the screenplay written by Chris Weitz. It stars Cate Blanchett, Lily James, Richard Madden, Stellan Skarsgård, Holliday Grainger, Derek Jacobi and Helena Bonham Carter.

The new creation of Walt Disney has kept the spirit of its 1956 animated film. We can still meet the poor young girl  Ella (Lily James) who has been made a servant by and for her greedy stepmother (Cate Blanchett) and two stepsisters Anastasia (Holliday Grainger) and Drisella (Sophie McShera). We see the dreamy Prince Kit (Richard Madden) falling in love with the heroine. Her good-hearted father (Ben Chaplin) has lost his beloved wife (Hayley Atwell) and has to remarry wishing a full family for his dear daughter. Though all these seem familiar and remind us of the good old days, the film has some significant changes which were meant to bring its characters and its story line closer to the modern reality.  This “Cinderella” is now a film for all generations. For instance, this time we get acquainted with the real mother of Cinderella. The role of the Fairy Godmother has become more extended. And, finally, the cunning stepmother instigates the Grand Duke for a plot against the innocent girl.

This time Cinderella is a nickname given to Ella by her adverse envious stepsisters. The poor thing cannot understand why her new relatives treat her like that. She does not revolt violently rather tries to find the answer peacefully. Just like the heroine of Charles Perrault, modern Ella is gifted with kind heart, innocent soul, modesty and easy disposition. As her father leaves for earnings, she only finds powers to overcome the taunts and mockeries by her stepmother and stepsisters from the memories about her deceased mum. The woman loved her daughter a lot and was able to seed the best in her little daughter. Ella has remembered mum’s words which become the young girl’s life guidelines. In fact, inside the quiet Ella a strong spirit and strive for freedom live. We can feel it when she is riding a horse in the forest. That is when she meets her dreamy Prince Kit for the first time. However, the handsome boy hides his real title and says that he just works in the royal palace. This meeting is the turning point. It becomes watershed for Prince Kit. It is the meeting and a strong desire to meet Ella again that encourage him to send invitations for the ball to all the young girls of the kingdom.

Dressed in her mother’s decent pink dress Ella feels excited and looks forward seeing her new handsome acquainted at the ball. But her cloudless dreams are roughly cut by stepmother with her daughters. They tear her dress right on the girl. Ella is left alone in the house. That is the time for her Fairy Godmother to reveal herself. The whimsical blonde in a lavish  white dress quickly arranges horses, a golden carriage, a beautiful sky blue dress and, of course, glass shoes  for the poor Ella. The moment when the appearance of Ella is being transformed is one of the strongest scenes. It just drags you out of the reality and throws in the beautiful world of magic. The next equally strong moment is when Ella appears at the ball. She goes down the stairs. Camera follows her so skillfully. The whole moment embraces you. The feelings of something unknown but wonderful embraces you. The great job done by the costume designer is not possible to be overestimated. Colours, styles, forms, decorations and other tiny details… Everything is at its place and make the characters’ personalities complete.

Impeccable special effects will make you believe in miracles and magic.  The whole atmosphere of the picture will fill you with limitless kindness, eternal love and desire to live your life to the fullest. It teaches patience, tolerance and modesty. Cinderella is a movie which will remind everyone of their light-hearted childhood and basic human values which nowadays are so necessary to remember. It’s in our hands to make our life a good kind fairytale with a happy end. 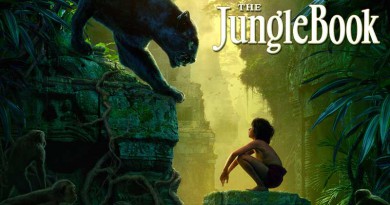 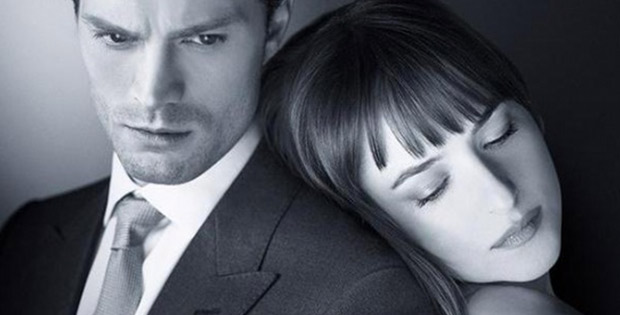 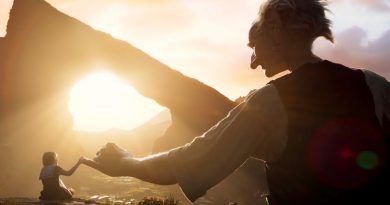